The Ministry of The Urban Hope Training Center

I've been writing recently about Urban Hope Training Center.  Two unrelated story lines in my life led me there this year.  I'll share those specifics when the time is right.  For now, I'm turning my typed blogging over to this video:

"The Ministry of The Urban Hope Training Center"

which explains Urban Hope far better than I could ever do.  If you can spare eight minutes, you'll see what I've come to see when I journey to Kensington every Sunday morning to attend my "second church."

Many thanks to the pastors and people of my "first church" for encouraging me to follow my heart as I make this journey.

If you're feeling inspired by this, set your browser to continuous play and continue the inspiration with a stream of high quality Urban Hope videos showing this ministry and the people within it. 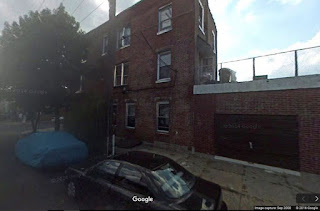 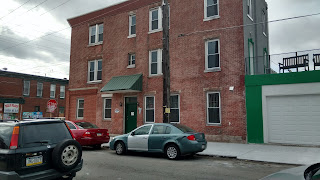 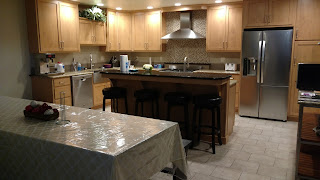 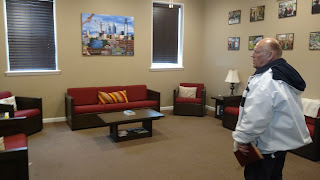 For the past couple of years, Elam United Methodist Church has been my “first church.”  I attended their early worship service this morning and then arrived at my “second church” 40 minutes away, walked into the social hall and almost immediately became aware of someone hugging my knees.  (I have since begun referring to her as my serial hugger.)  I looked down and four year old Annie (not her real name) was looking up at me with big eyes that pierced my soul and a smile that conveyed an unspoken message in a language I don’t yet know.  I met Annie and at least a couple hundred of her neighborhood friends while I sat, almost on the ground, next to a giant inflatable sliding board, in the intersection of East Tioga and Ella Streets in Kensington, a section of Philadelphia (where I was always told no white person should go), during a block party this fall sponsored by Urban Hope, my “second church.”

Not even two months earlier, I journeyed to Kensington in a bit of a prejudiced panic and yet drawn by two unrelated and spectacular story lines in my life.  The prejudice was not along racial lines but rather against not being crazy about bullets and knives heading in my direction.  This was my image of Kensington.

Not even two months earlier, I left my rented home in the Philadelphia suburbs on a cool afternoon to go to a concert at Urban Hope.  I drove there with my car windows up and doors locked because I’d been taught that this is what you do when you are in such an area.  I found a parking place in a “parking lot” that left me wondering if I’d see my car again.  It was a long block away from Urban Hope.  I opened my car door – a first for me in such a place and was greeted by the same cool air that I had closed my door on in the suburbs.  I tried to look tough (yea right!) as I made my way to the safety of the church building.  That one block was a really long walk!

Once inside, I felt safe and welcomed by the people of the church and the band which was fantastic.  As the evening was concluding, I realized it was getting dark and my car was a block away - maybe.  I looked at my friend Rick and asked if I would be safe going to my car.  I’ll never forget his response:  He put his Puerto-Rican skin toned arm next to my Irish toned arm and said “With your complexion, everyone will know you’re here with Urban Hope and even the drug dealers will keep you safe.”  In a moment that needs to hear what I just wrote so as not to be offended by the outrageous nature of my response, I looked at Rick and said, “Thank God for drug dealers.”

Six visits and five weeks later, today, without emptying my car of all my possessions prior to leaving home, I drove to my favorite parking lot, parked, got out, strolled with ease to the church, got my knees hugged, heard some glorious praise and worship music vocally led by Brenda who is Rick’s wife, heard a powerful tag team sermon about overcoming depression as described in 1 Kings 19, had a fantastic meatball sandwich – OK, two of them, and then casually made my way back to my car that I knew would be there with all its contents and stopped to chat with a couple of non-Urban Hope people who were sitting on their porches.

I hopped in my car and drove away with my windows open so as not to miss the sounds of Kensington and the slight fragrances of the corner restaurants as I sat unconcerned at red traffic lights along my path home.

I don’t know where this journey of attending two churches is going for me but I do know this: Thanks to Rick, Brenda, Annie, her parents and her friends and so many residents of Kensington, human beings made in the image of God as are you and am I, my life has been made better forever.  Thanks be to God!!!
at 11/13/2016 08:59:00 PM No comments:

The letter A will never have the same meaning that it did a week ago.  “A” a week ago, was the start of the alphabet and that was about it.  Tonight, after this weekend, it represents something new to me and something I’m trying to sort out.  A is the first block (I think.) east of Front Street in Philadelphia.  Where I was, it’s an area known as Kensington and an area where no suburban white guy is told he should ever go.  It’s a land of open drug deals and prostitution, litter and graffiti, and Love and Faith in our LORD like I’ve never witnessed before.

I volunteered to serve at the bouncy slide this past Saturday night at a block party sponsored by Urban Hope at A and East Tioga Streets.  I think I met every child in a several block area of Urban Hope, a ministry that serves the people literally right outside its doors.  These children, sort of ranging in age from two to twelve, shared their lives with me as they waited their turn to climb the inflatable ladder of the bouncy slide.  Children of Kensington, Children of poverty, forty minutes from my rented house in the suburbs: Caucasian, Hispanic, African, Asian, and so much more, looked into my eyes and touched my sole as it has never been touched by a human before.  In a language I don’t yet understand, they conveyed their unspoken message of hope and love and dreams and desires and fears.