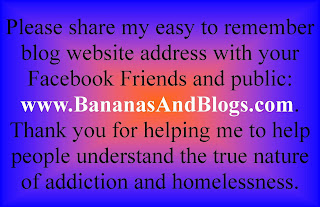 Prior to going to Urban Hope for worship this morning, I visited the good people of Emerald City.  I
chatted with those who were awake at 9:30 am.  Two similar conversations in two different tents will live with me as glorious moments for years to come.

I knelt in the tent flap of one man and woman who were just waking up and who asked for bananas and water.  The young lady who I've known for months has been battling a basic kind of cold for a few days now.  Through a raspy voice and while still lying on her mat inside their tent, she looked over at me and said she was done with this street life.  "It's just not worth it." she delicately proclaimed as she laid there on her mat in a tent on a public sidewalk under a railroad overpass in the City of Brotherly Love.

We chatted for a few minutes.  I concluded our conversation with "I'm proud of you, Jennifer, for coming to this conclusion."  I sensed that no one had told her of their pride in her in a long time.

A few minutes later, as I was quietly calling out to a row of tents with as of yet still sleeping Emerald City residents "Banana Man is here."  "Bananas and Water.", I passed one rather small and cute tent.  I heard two voices of unrelated Caucasian "sisters" who I've come to know and love for the fine young women who they are.  The opening to their tent was facing the wall.  I approached and was warmly greeted by these two.  Sally and Katrina greeted me as they sat in their tent.

Katrina is dealing with an uncasted broken arm.  She looked at me from her sitting position inside her cute two person tent and with the most delicate smile in all of Emerald City she told me that she can't do this anymore and has made arrangements to begin a treatment that will eventually have her free of her addiction.

I conveyed my pride in her and then requested a moment to pray for her and her wrist.  I reached in and placed my hand on her exposed broken arm and prayed for her physical and spiritual healing.  As one who would normally disregard prayer as a useless endeavor, she, with me, concluded with "Amen."