Where is My Hairbrush? Another Glimpse Into Normal

In the Veggie Tales song fitfully titled ”The Hairbrush Song”, Larry the Cucumber asks a very important question: “Where is my hairbrush?”

I had this opportunity with Autumn this evening after giving her two granola bars, one for herself and one for husband, David.  I had noticed a few days ago that attempts had been made to do something with Autumn’s grossly matted hair.  It had looked better two days ago than it did tonight and I sensed that the mats were moving back in.  I had pulled away from her and drove into the parking lot of the shopping center right next to where this story began.

I looked down and saw my hairbrush, my trusted hairbrush that had ridden in my car for at least a hundred thousand miles.  It was sitting dutifully on the shelf between my seat and the passenger seat just waiting for its next call to follicle organizational duty.  But this time, it was not to be, at least not on me…

I picked up my hairbrush and plucked out portions of me that were trapped between its bristles.  It was almost a sacred moment as I prepared to do what I knew I needed to do.  It was time to give my hairbrush to someone who needed it more than I did.  I pulled up to and then crossed the intersection.  I pulled into the “Planet Fitness” parking lot as Autumn was standing on the dotted line of the street asking drivers for her next income.

I motioned to her and she came to the driver’s side window.  I asked if she had a hairbrush.  She said in her all too familiar half starved voice, “No”.  “I want you to have mine so you can brush your hair and keep it looking nice.”  With a shocked and bewildered look on her face, she extended her addicted hand to me and took it from me with a sincere “Thank you.”  She began to brush her hair for what may have been the first time in a very long while.

I pulled away in my car and turned around in time to see that she had put the brush down on the top of her Wawa ice water cup and was back in the intersection.  And then she did something I’ve never seen her do…

She ran her hand through her own hair as if to show some degree of pride in her locks.

Without “preaching” a word to her about anything related to our LORD, is it possible that Autumn reconnected ever so briefly with the lady or girl of her youth whose biggest concern was her hair and her makeup long before the demon of addiction found its way into her life?

Could it be that this remembrance could serve as a seed of belief that there is a healthy woman wanting to be rediscovered deep inside her?

Could it be that such moments of remembrance can open doors to hope, healing, and wholeness for these children of God in a post-addiction and post homeless lifestyle?

Two days ago, Mickey dropped her status as a triple addicted homeless woman for a few seconds and became simply a woman strumming a guitar.  I saw it in her eyes.  This evening, Autumn brushed and primped her hair in public with pride.

In the living hell of homeless addiction, can these glimpses into normal inspire health, healing, and wholeness?

Where is my hairbrush?  Right where God wants it to be... 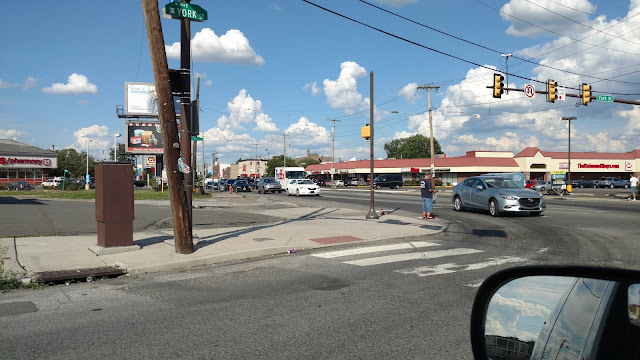