First Names in the Bridge Communities of Emerald City and Frankford Avenue... 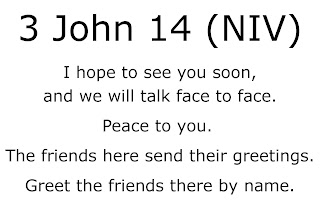 Today's visit to the good people of Kensington's addicted and homeless communities quickly
developed "Names" as the common theme that ran throughout my time under these old bridges.

But first, I stopped at the Rite Aid drug store on Aramingo to buy batteries for a person in Emerald City.  As I hopped back in my car, I saw…  Oh, good grief…  How do I write a blog about names when I don't use real names in these blogs?  In fact… Some of these good people don't use their own real names on the street.  This may be a challenging story to convey to you.

As I hopped back in my car, I saw a man who I've known for months.  He goes by a name that's more of a C.B. Radio handle than a name.  It's a handle that conveys to all who hear it the total destruction of belief in himself as the man with the advanced college degree that I've been told he has.  I'll call him "Tom the Tramp" here.  He climbed into my front seat saying "Thank you, Chris.  I'm not sure I could have made the walk today."

As I drove to Emerald City, just a few blocks away, he shared with me the chance encounter that he had with a relative who had not seen him in a long time and was shocked to see him in his state of current physical health.  He apologized to her and told me of the pain in his heart for hurting her so much by being such a shocking "failure."  Somewhere in that description, this heroin battered former professional slipped away from his C.B. Radio handle and referred to himself with his given name - a name given to him by his parents who cry for his absence and fear for his life.

We arrived in Emerald City where I met up with Luke, a man who visits with me on Tuesdays.  As we visited with the men and women of this railroad roofed community, I introduced Luke to those whose names I had firmly in my head.  Being a cold afternoon with a bitter wind, most conversations were short.

As we walked down the street on Emerald, to be honest, I was sort of happy with myself at how freely people's names rolled off my lips as I greeted them and introduced them to Luke.  One man heard my voice from inside his tent before I knew he was there.  With his rather deep and booming voice, He called out "Chris…!"  I called out…  Um… "First Name….!"  And our conversation continued from there as we closed in on where each other was located.

Still further down this ten-foot wide sidewalk,  one woman quietly said: "Chris, is that you?"  She was barely audible above the noise of the community and cars on the street, but my ears know the tone and texture of her voice.  "First Name, are you in there?" (referring to the small tent into which I chatted with her during my last visit).  "I'm here." She said as she opened the flap of her tent just enough to say "Hi." and so I could introduce her to Luke.  "First Name, this is Luke.  Luke, this is First Name."  "It's nice to meet you, Luke."  "It's nice to meet you, First Name."  I gave her the batteries that I'd promised.

A few minutes later, Luke and I left Emerald City and drove around the corner by way of Sterner Street (That's the street's actual name.) to the equivalent bridge community on Frankford Avenue.  Earlier in the day, I had been Facebook contacted by a person looking for a young couple by the name of First Name and First Name.  Luke introduced himself to a man as I was navigating my cooler of water around some stuff in the path.  That man introduced himself to Luke.  "Hi, Luke. I'm First Name."  "Wait…  You're First Name."  I said.  "I was contacted today by a person looking for a man by the name of First Name and his lady friend named First Name."  I showed them the Facebook message and they gave me permission to let their friend know that all is as well as well can be with life on the streets.

Walking further down this sidewalk on Frankford, I saw a nose and a pair of eyes peeking out from under a quilt lying on a mattress.  "Hi, First Name."  I said.  "This is Luke."  Luke properly followed up with "Hi, First Name.  It's nice to meet you."  First Name said, "It's nice to meet you Luke."  We chatted for a bit before moving further down the sidewalk where Luke and I met First Name, a very petite young lady with an unusual first name.  As we chatted with her, she shared with us the national heritage that gives her the name "First Name - Middle Name."  "But don't tell anyone my real name.  I just go by 'First Name.'" she concluded.

Some people on the streets do use their actual first name.  Others use a derivative of their name or something that reflects some aspect of their personality or something totally unrelated.  When someone shares with me their actual given first name, I consider it a privilege granted to me out of the relationship that has developed between us over the months.

Shortly after Luke left, I was back in Emerald City.  While I spoke with many men and women, one moment among many stood out.  A group of six or so people was sitting sort of in a circle on the sidewalk in various stages of preparing their afternoon medicine.  I quickly realized that I have significant conversational relationships with almost all of them.  As they were sitting on the cold cement sidewalk, I knelt down next to First Name, First Name, First Name, First Name, First Name, and one person whose first name I didn't know as heroin packets were being prepared for injection.  One of these people, a college-educated daughter of parents who love her, paused in her preparation as we chatted about a recent event in her life and her plans for detox and rehab.

First Names in Emerald City and on Frankford Avenue...